Go to the AONB website for the plan and consultation form.

This entry was posted in Uncategorized and tagged East Devon AONB.

Desperate Conservatives advertise for candidates on Facebook, as they try to cling to control of East Devon in 2019

Conservatives control our County and District councils and both parliamentary seats in East Devon, but their members are so thin on the ground that (not withstanding the well-known pitfalls of social media) they are trawling Facebook for candidates to replace councillors who retire next year. The big problem with their pitch is that if you really ‘want to stand up for your local community and the interests of local residents’, you’re going to come bang up against how the Tory party works both at local and national level.

2019 looks likely to be the year when the Conservatives finally lose control, as the local party (discredited by its failure to defend community hospital beds) is further undermined by the mess the national party has made of Brexit (due to take place 6 weeks before the district elections). Lots of people who really want to represent their local communities will be standing as Independents, so as not not to have their hands tied by a party machine.

This entry was posted in Uncategorized and tagged East Devon Conservatives.

I realise why Devon’s Tory leaders are resigned to a train-crash Brexit – after 8 years of austerity, they just want to ‘make whatever comes down work’, however bad it is for everyone

Following the chaos in Westminster over the UK’s customs relationship with the EU, and the Government’s cave-in to extreme Brexiteers who want the country to crash out – even if that means turning Kent into a giant lorry park, risking our food and medicine supplies and renewed violence in Northern Ireland – Devon County Council discussed the customs union last Thursday.

To a man and woman, the Tories opposed the Council expressing a view. While the Leader, John Hart, recognised the mess in London, he said it was not our job to try to influence Government. ‘We know we’ve got to make whatever comes down work. That’s the important bit for us’, he said. At that moment I realised that the local Tories’ complacency towards Brexit is exactly the same as their attitude to the austerity of the last 8 years. However bad it is for the Council’s services and the people of Devon, for our Conservative councillors, Brexit is another just another stage in our inexorable decline which they have to manage.

Cllr Hart reminded the Council that 6 Devon districts voted for Brexit, and only 2 against. True – but no one voted to leave the Customs Union, since it wasn’t on the ballot paper, wasn’t part of the Leave campaign, and no one knew what it was when they voted!

Photo: me at the anti-Trump demonstration in Exeter ten days ago. Boris Johnson and Jacob Rees-Mogg want a Trump trade deal, but that it is likely to involve US healthcare and pharmaceutical firms taking getting their hands on our NHS.

This entry was posted in Uncategorized and tagged Brexit, Trump.

County Council confirms its support for Wilmington A35 improvements, and will meet Highways England with me early next month

On Thursday, the County Council unanimously gave its support to Cabinet recommendations asking for it to be a formal consultee on Highways England recommendations for safety improvements on the A35 in Wilmington. This was in response to my motion and the campaign of local residents. Right, Wilmington’s Speedwatch team on BBC Spotlight ten days ago.

I will be meeting Highways England together with County officers on August 9th.

This entry was posted in Uncategorized and tagged A35, Highways England, Wilmington.

Aristocrat who lives in Powderham Castle wins lifetime seat in Parliament after getting SEVEN votes in a hereditary peer by-election: Charles Peregrine Courtenay, the 19th Earl of Devon, will be able to vote on your laws and claim £300 a day 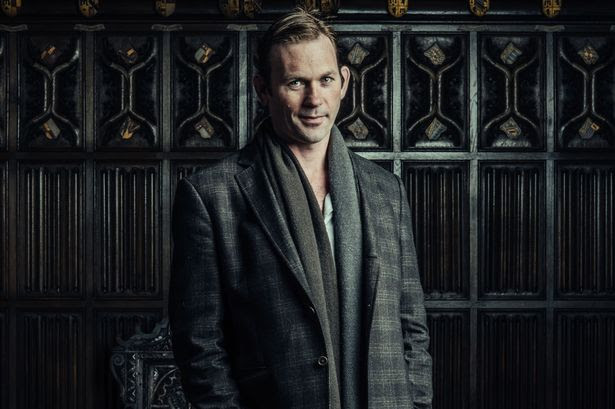 The story is here. And they say we are the greatest democracy in the world!

This entry was posted in Uncategorized and tagged Earl of Devon, House of Lords. ​I addressed Devon County Council’s Cabinet yesterday, and they gave their support to Wilmington’s campaign ​for crossings and traffic calming measures on the A35 through the village.
The Leader, Cllr John Hart, was very supportive and said that the Council had already written to HE, but not received a reply, and they would now write again.
The resolution was ‘that the County Council engages as a consultee with Highways England on their proposals for the A35 route corridor, and requests that the proposals are brought forward and implemented as soon as practicable.’
You can watch the webcast  (Wilmington discussion starts at 1.51).

This entry was posted in Uncategorized and tagged A35, John Hart, Wilmington.