‘Have Your Say’ sessions

Where you can raise matters with Seaton’s Mayor, Cllr Jack Rowland, your County and District councillors and the Police. I’ll be at Marshlands, Seaton, on Thursday (unfortunately I can’t make Beer on Saturday).

This entry was posted in Uncategorized and tagged Have Your Say, surgeries.

This entry was posted in Uncategorized and tagged Beach Management Plan.

As the General Election comes closer, I’m starting to get questions about the choice in Tiverton and Honiton. As an Independent councillor I will not be publicly supporting any of the candidates, but I will try to make sure they are fully aware of our local issues, especially over community hospital beds and the underfunding and mismanagement of the NHS in Devon.

Of the candidates in the Tiverton and Hospital constituency, two will be known to many voters – Neil Parish (Conservative), who has been our MP, and Caroline Kolek (Labour), former Mayor of Honiton. I have been in touch with both of them over the hospital beds issue. Now Matthew Taylor (Liberal Democrat) has contacted me, and I will shortly brief him about the hospital campaign. Gill Westcott is the Green candidate.

The only candidate I am actively supporting is Claire Wright, the Independent candidate in Devon East – if only we had someone like her on the ballot paper in Tiverton and Honiton!

The battle to keep in-patient beds in Seaton Hospital should now return to Devon County Council’s Health Scrutiny Committee, I argue in a statement issued to the press today.

The Council has the power to refer the decision of the NEW Devon Clinical Commissioning Group (CCG) to the Secretary of State for Health. In March, the Scrutiny Committee asked the CCG to answer 14 questions before the Council exercised this power. The CCG responded, but the answers will remain confidential until the June meeting of the new committee, whose members will be nominated at the Council’s Annual Meeting on May 25th.

I have now seen the CCG’s answers but I am not allowed to reveal them publicly, which I think is deplorable. However I can state that, particularly in relation to the decision about Seaton, the CCG’s case remains flimsy and threadbare. I shall be raising this matter as soon as the new committee meets and I urge other interested parties in the Axe Valley to join me in making representations. I have had a preliminary talk with Axminster’s new County Councillor, Ian Hall, and I hope we can make a cross-party case for the whole local community on this issue. I am also talking to Honiton campaigners.

I am proposing this way forward after the urgent appeal for £20,000 for the first stage of a judicial review of the decision, the preparation of a ‘letter of complaint’ – which I made last Saturday following my election on Friday – failed to raise enough money to proceed.

I was moved by the response in which about 70 donations have been made. Sadly, however, the total raised, while over £5,000, was still not sufficient to pay the solicitors to prepare the letter, for which they would have charged £16,800. It might have been possible to raise the balance after the letter was sent, but within three weeks the action itself, requiring a fighting fund of many tens of thousands, would also have had to be launched. In the light of this response, there seemed no prospect of raising the further money in the time available.

I therefore decided not to proceed with the action. I felt it was unfair to the donors to spend their money on something which could not be followed through. I have incurred some legal costs but most of the money will be returned, and I have written to those donors whose names I had (others will be contacted in due course after I have sorted things out with the League of Friends).

The appeal has had a positive effect, however, in that new evidence came to light which strengthens the case that the CCG acted wrongly in the way they made the Seaton decision. This will be used in representations to the County Council. I also urge voters to make the Seaton and Honiton hospital beds a priority with all candidates in the General Election, so that whoever is our MP makes the new Health Secretary aware of local anger about this issue.

Remember you can also keep up with local issues, and what I’m doing, through the ‘Follow us by email’ button at the right-hand side of this website.

In five weeks time people will be able to vote for the national party of their choice in the General Election.

However TOMORROW, Thursday 4th May, you can vote VOTE LOCAL for the best candidate to represent our communities on the County Council.

VOTE INDEPENDENT East Devon Alliance in the Seaton & Colyton division. Polls are open 7 am to 10 pm.

From the Daily Telegraph via East Devon Watch.

This entry was posted in NHS and tagged NHS.

They moved the goalposts, but still couldn’t score: ‘The number of most urgent calls taken by the South Western ambulance service between May 2016 and March 2017 compared to the year before was reduced from 308,000 to 44,600. But the proportion of calls hitting the eight-minute target remained stagnant at 70 per cent.’ (The minimum acceptable is supposed to be 75 per cent.)

This entry was posted in NHS, Uncategorized and tagged ambulances. 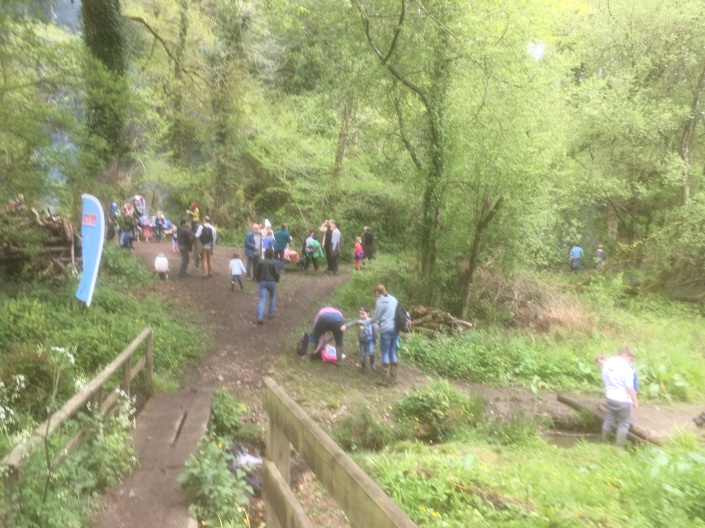 People of all ages enjoying the beautiful Holyford Woods for the annual Bluebell Day celebration yesterday. Plenty of INDEPENDENT supporters among them!