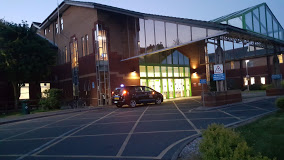 Devon Live reports that the RD&E has posted its worst-ever summer A&E figures, with only 72 per cent of patients seen within 4 hours compared to a 95 per cent target. There are fears of an even worse situation once winter sets in …

Until now, A&E performance (while failing to meet targets) was the one key NHS target on which the Devon NHS was actually better than the national average – cancer care and general waiting lists were already well below par.

Our local NHS is creaking at the seams – we need more doctors; more nurses; more beds (I was told this week that there is a ‘severe beds crisis’ across the hospital).

Despite Boris Johnson’s frequent hospital photo-opportunities, his proposals for the NHS amount to refurbishing a mere 6 hospitals across the country (none of them in Devon) and do nothing to address the real issues.