Proposal to reduce speed limit on Seaton Down Hill and at junction with A3052 is overdue – let’s make it a step to a Slower, Safer Seaton

Devon Highways are currently consulting on a proposal to extend the 40 mph zone on Harepath Hill past the junction with Seaton Down Hill, bringing the hill itself within the 40 zone. This should help to make the junction safer – at the moment drivers coming over Harepath Hill may see the end-of-limit sign and speed up (as I know to my cost having been involved in a bump there a few years ago) – and also mean that drivers will slow down before they come into the 30 limit entering Seaton.

The change is the result of persistent pressure by the Speedwatch team, led until recently by Paul Allan, supported by the Town Council and myself as County Councillor (who have combined to fund the traffic order), which has already produced the Vehicle Activated Sign and pedestrian refuge lower down Seaton Down Hill.

However these changes need to be backed up by a campaign for a Slower, Safer Seaton, to get people driving at speeds which are viewed as safe by pedestrians. I’m on a group at Devon County Council which is looking at the problem of traffic speeds and I hope to use their proposals to promotechange locally.

This entry was posted in Uncategorized and tagged Seaton Down Hill, speeding, Speedwatch.

Colyford will get its crossing, and Seaton Down Hill an island 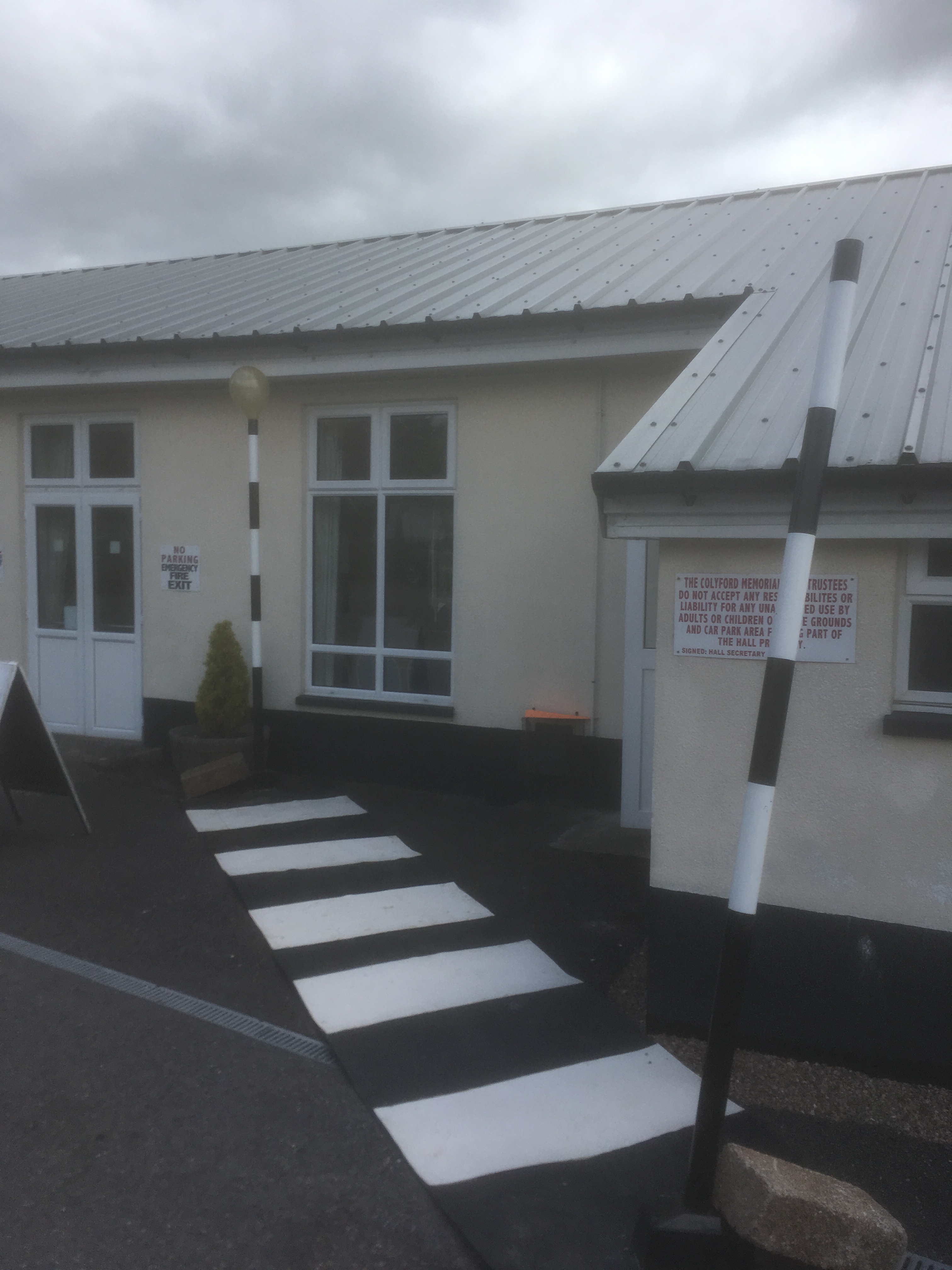 A packed meeting of local residents, councillors and Highways officials, with Cllr Stuart Hughes (Devon Cabinet member for Highways) and chaired by Neil Parish MP, this morning in Colyford Memorial Hall (right with mock crossing), heard that the County Council has agreed to install a zebra crossing on the A3052 before April next year. The Council has also offered to install a ‘pedestrian refuge’ (island) at the bottom of Seaton Down Hill, Seaton.

These are significant successes for the dogged campaigns waged by the Speedwatch teams in the two areas. Council officials had reservations about residents’ more comprehensive proposals for traffic calming all along the A3052 in Colyford. The Council was open to ‘gateways’ and vehicle-activated signs (VAS), providing funding can be found (my Locality Budget for Seaton and Colyton could help), but residents will certainly continue to explore more ambitious options.

Council officials also undertook to ‘look again’ at extending the 40 limit on the Harepath Hill section of the A3052 to past the Tower junction, with an implied extension to Seaton Down Hill itself. Neil Parish MP, who played an admirable role in pinning down the issues, undertook to meet again in February 2018 to review progress in the two areas.

This entry was posted in Uncategorized and tagged Colyford, Seaton Down Hill, Speedwatch.