Gigaclear sacked from rural broadband contract after 18 months – why did it take them so long? This mess also shows just how hollow Boris Johnson’s promises on broadband are. 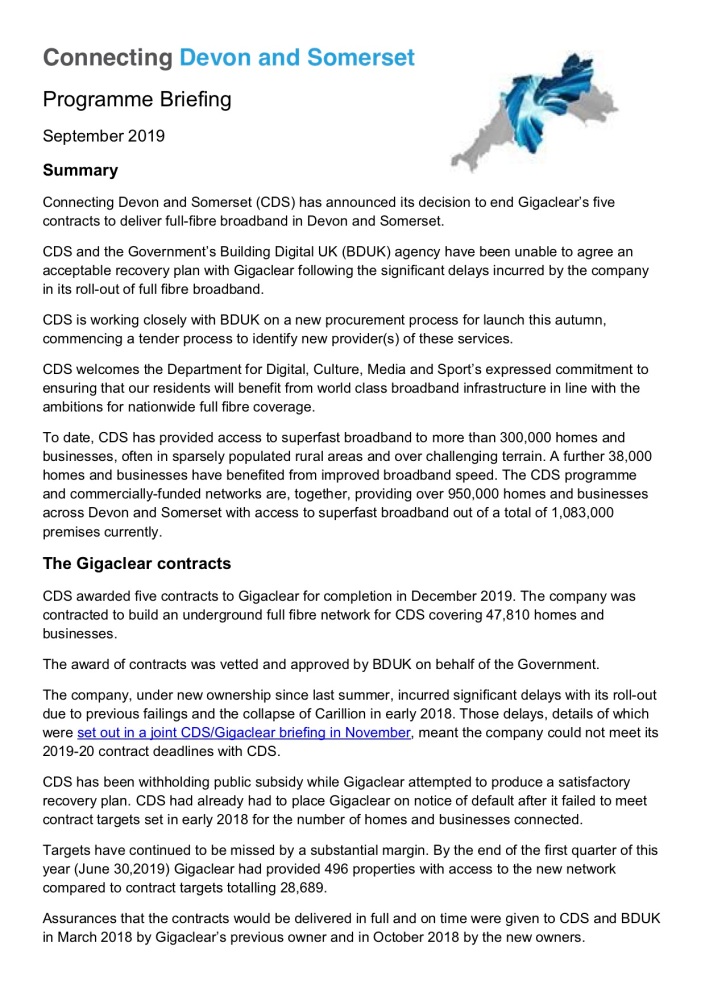 This entry was posted in Uncategorized and tagged Connecting Devon and Somerset, Gigaclear, rural broadband.

The County’s Corporate Infrastructure and Regulatory Services Scrutiny Committee (CIRS), on which I sit, has set up a standing Task Group to monitor rural broadband and mobile phone coverage. Roll-out of broadband by Connecting Devon and Somerset (CDS), which has public funds to fill the gaps where commercial providers will not go, has been slow, they say because of the providers, and CDS is not sufficiently open to public scrutiny. At the November meeting, East Devon broadband campaigner, Graham Long, complained about the issue being dealt with by a task group which meets in private. I urged the committee to be aware of the frustration felt by those still without access to reliable broadband and the need to be seen to be urgently seeking progress.

Mobile phone coverage is of great concern in Branscombe and other rural parishes in the division. Unfortunately the committee was told that mobile phone providers would not agree to talk to us. However it emerged that the Heart of the South West Local Economic Partnership (LEP) has earmarked £2.5m to address phone coverage issues, although they have not yet decided how.